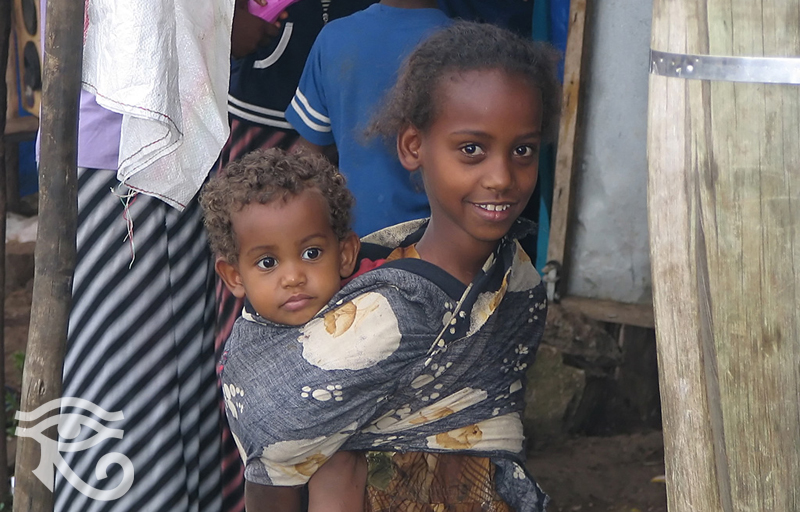 Above - Children in a Gurage village, Ethiopia

Beginning in 2003, Proctor’s first study in (the Gurage Zone of) Ethiopia assessed the most efficient way to distribute antibiotics through two major parameters: treatment schedule, by comparing villages receiving annual treatments against those receiving biannual treatments; and drug coverage, by comparing central villages against villages on the periphery.  Also, this study monitored whether any of these drug distribution schedules gave rise to resistant strains of bacteria, an important consideration for any treatment program involving antibiotics.  The major findings of this study showed that while one single drug distribution can significantly reduce infection rates, trachoma will eventually return into the community, but at lower levels.  A biannual distribution of antibiotics will predictably make local elimination more possible, but this will depend greatly on the level of coverage in drug distribution.

The second Proctor Foundation project was set in the Amhara region of Ethiopia. Different treatment schedules were tested in participating villages in order to investigate several key factors: the efficiency of annual vs. biannual treatments; the effects of treating all villagers vs. treating only a core group (children aged 1-10 years, who are thought to be the main carriers of trachoma); and the impact of promoting the use of latrines in order to minimize contact with bacteria-carrying flies. Drug resistance is an ongoing assessment.

All of this research aims to help the WHO’s trachoma program. This program needs to be reevaluated when severely affected communities are concerned, and with Proctor’s investigations, the WHO can strategize how to tackle trachoma, both medically and as a matter of community health and education.