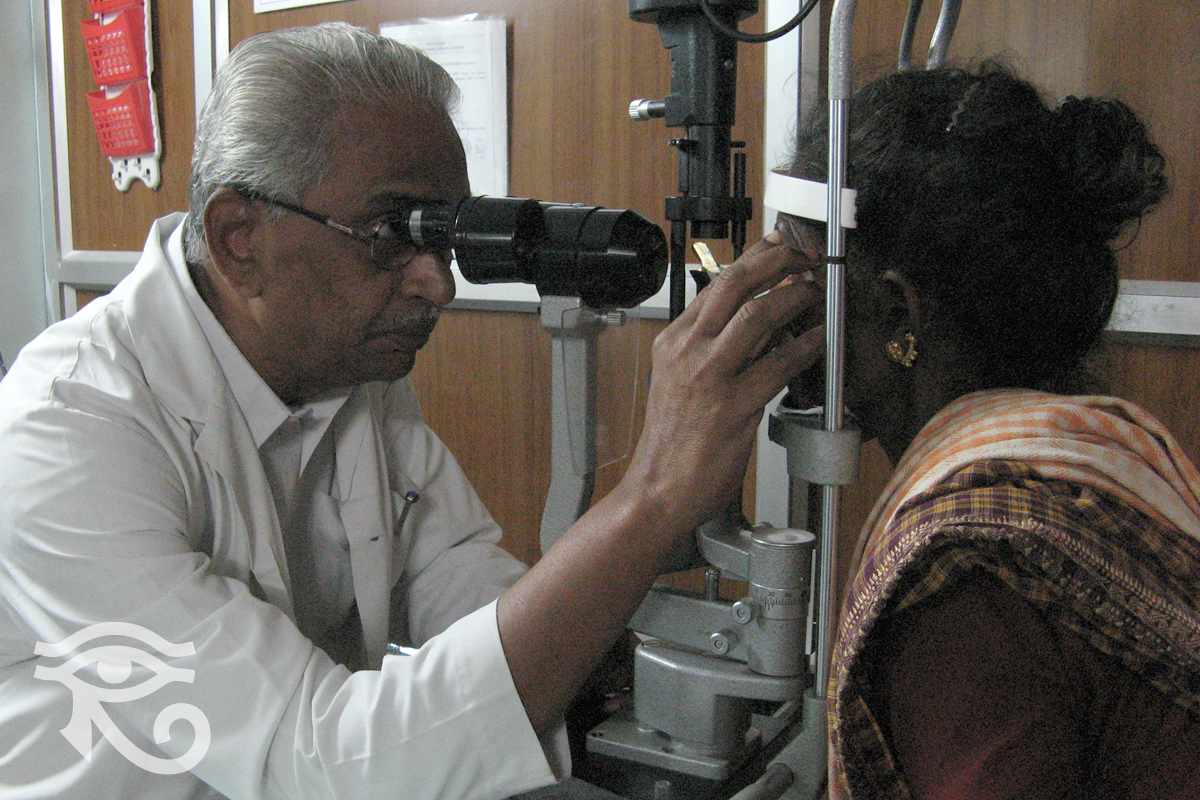 Infectious keratitis is a leading cause of monocular blindness worldwide. Despite appropriate antibiotic treatment, severe cases can progress rapidly, and cause permanent vision loss requiring corneal transplantation. Building off the findings of the original SCUT trial, SCUT II is an international, randomized, double-masked clinical trial evaluating corticosteroids and/or corneal cross-linking compared with standard antibiotic therapy for the treatment of bacterial keratitis. This trial is a collaboration between the Francis I. Proctor Foundation at UCSF, the Aravind Eye Care System in South India, and Kaiser Permanente Medical Group in Northern California.

The current mainstay of treatment for noninfectious uveitis is corticosteroids. However, side effects associated with long-term corticosteroid therapy necessitate the use of other immunosuppressive therapies. The two most commonly used of these therapies are methotrexate and mycophenolate mofetil. There have been no prospective randomized, controlled trials to systematically determine which antimetabolite is more clinically efficacious as initial corticosteroid-sparing therapy.
To address this gap in clinical knowledge, Dr. Acharya has designed and is coordinating the FAST study as a multicenter, block-randomized, observer-masked, comparative effectiveness trial, with the aim of establishing which drug is more effective as a first-line therapy. This large NIH-funded trial is taking place in collaboration with uveitis specialists, Dr. Rathinam at Aravind Eye Hospital in India, Dr. Debra Goldstein at Northwestern University, Dr. Eric Suhler at Oregon Health Sciences University, Dr. Lourdes Arellanes at Asociacion Para Evitar la Ceguera in Mexico City, Dr. Hassan Dhibi at King Khaled Eye Specialist Hospital in Saudi Arabia, and Dr. Lyndell Lim at Royal Victorian Eye and Ear Hospital in Melbourne, Australia.

Infectious keratitis is a leading cause of vision loss globally. Fungal keratitis accounts for as many as half of all corneal ulcers in certain tropical regions and can be more difficult to treat than bacterial corneal ulcers, often with worse outcomes. Though natamycin is the only topical antifungal approved by the United States Food and Drug Administration for topical ophthalmic use, expert surveys indicated that the majority of corneal specialists would prefer to use voriconazole. The Mycotic Ulcer Treatment Trials (MUTT) are two separate randomized, placebo-controlled, masked clinical trials funded by the National Eye Institute (NEI) and the National Institutes of Health (NIH). In the first trial (MUTT I), we compared voriconaozle to natamycin in the treatment of filamentous fungal keratitis and found that natamycin results in improved visual outcomes. The ongoing second trial (MUTT II) compares whether the addition of oral voriconazole to topical voriconazole leads to improved outcomes for severe filamentous fungal keratitis in patients treated with natamycin. These studies are a collaboration between the F.I. Proctor Foundation at UCSF, the Aravind Eye Care System in South India, Lumbini Eye Institute and Bharatpur Eye Hospital in Nepal, and Dartmouth Medical School. For further information about these trials, please see:

Acanthamoeba is a ubiquitous, free-living amoeba that can cause a painful infection of the cornea which results in scarring and blindness. Though relatively rare, the infection is frequently associated with contact lens use in developed countries and with agricultural work in less developed countries. Evidence from multiple countries indicates that the incidence of acanthamoeba keratitis is increasing. Moreover, both diagnosis and treatment can be difficult, and there is minimal evidence on which to base treatment decisions. In collaboration with Aravind Eye Hospitals in India, the UCSF Proctor Foundation is conducting these studies in order to identify optimal diagnosis and treatment methods for acanthamoeba keratitis.

Glaucoma is a disease of the optic nerve that is a major cause of blindness worldwide. The World Health Organization estimates that glaucoma is the second-leading cause of blindness. Because open angle glaucoma is a chronic disease with insidious onset, patients are usually unaware that they are affected with this condition until they have lost a considerable amount of vision. Glaucoma causes permanent vision loss, but treatment of individuals with early glaucoma has been shown to prevent progression of disease. For these reasons, glaucoma is a disease that could benefit from improvements in screening programs.The ultimate goal of this project is to determine the role of glaucoma screening in resource-poor settings. Were glaucoma screening programs to be instituted, they would likely consist of tests to assess the structure of the optic nerve, and also tests to assess the function of the patient’s vision. However, there have been very few studies directly comparing different tests for glaucoma, so it unclear which combination of tests are optimal for glaucoma screening. Moreover, screening programs may require tests that are portable and can be taken to the community setting, but there have been few studies that have specifically compared portable screening tests for glaucoma. As a first step towards our ultimate goal, we are conducting a study to compare the sensitivity and specificity of various portable glaucoma screening tests at Narayana Nethralaya in Bangalore, India. We will focus on tests that could be easily used in mass screening campaigns (i.e., portable tests that are quick and easy to administer) and compare to more established tests. During this study, we will focus on diagnosing moderate to severe glaucoma, which will likely be more cost-effective.